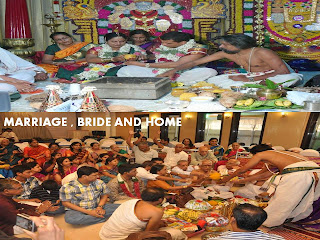 
Festal festoons were flaunting above,
Flibbertigibbets were in full form and flow,
Foppish fellows, finicky females,
Gaggle of garrulous girls all were glancing at each other,
Phalanx of women were parading their pelf,
Their wrists and waists wrapped in jewels,
Noggin, nape everything covered with jewels,
Which let a dazzle of Eldorado.
Gripped by this glare gregariously the gents
Got up from their wonky chairs
Gave up their wishy-washy coffee guzzling
And ogled around.
Splurges were shooting forth from all around
A man was philosophizing the hodiernal problems,
A polyglot was letting out paronymous puns
Which were filliped by the paroxymal giggling of the girls,
In another corner old ladies were
Marketing their experiences of ember days
Few bald pated men joined them and
Exchanged their parochial views
In a syncretistic spirit.
Obstreperously
All were engaged in their display of vanity.
The pitiable non-participants were the two fillies
Because of their filial fidgetiness at the parental presence.
Caught amid these emulous competitive vanity fiends
Dithyrambs were pullulating from my pectoral palace
Oh! Luckily the call came for my dinner
And the vanity fiends rushed to it.
I came out to the pavement
My eyes caught sight of an old eleemosynary
Yards away, amid the fetid excreta.
But his calm mien communicated that he had nothing to cling
His calm mien indicated he was free,
Free from reactive reasoning , restrictive religions,
Rigid realizations, selfish spirituality and social obligations
His calm mien indicated
His mind wasn't mated to
Patriotic parochialism, practical philosophy,
Social slavishness, informative literacy, and intellectual illations.
His calm mien communicated his mind was free,
Free of perceptive recordings and consequent broodings
Of the maddening memory .
I was in a dilemma, whether to praise or pity this
"Being" for being a simple beggar
Than being a saintly beggar controlling the instincts
With carefully constructed instructions;
Or a social beggar fawning for favour.
Then I noticed he wasn't even begging
The passers-by were throwing the coins.
Luckily before I could construct a conclusion
Corrupt my vision and brand him as someone.
A dog came up to him
Sat on its haunches
Eyed at the Kalyana Mandapam
Opened its mouth
And the fangs communicated its laugh
It was laughing at the fact that
Man was the only creature on earth who
Makes a ceremonial, pompous publicity of emotional and physical binding
Calls it love or lust; sacraments it , and above all
It was laughing at this stupidity being stimulated by
Social sanction and morality;
The dog knew as an animal it was leading its life
According to its physical needs;
It was laughing because man's physical needs made him lead an animal life;
Weddings at bride's cost, where all sense is lost;
BRIDE is not someone who
Brings Revenue In Dowry Extravaganza
But she
BENEVOLENTLY RELATES IN DEAR EMOTIONS.

And thus a build a sweet HOME.
Posted by balayogi at 4:41 AM