Since the discussion is hot here on vibration of sounds I am just taking small bits out of something else that I am writing as these bits refer to the topic in discussion, namely sound vibrations. Voila what I have written there runs like this
“Similarly habitual vocabulary also has a subtle but powerful ability to condition our mental system. Vocabulary in essence primarily is the sound structure that create specific vibrations, only then the etymologically evolved denotations and usage and context based acquisition of connotations. So, as primarily vocabulary or word referred to certain specific structures of sounds which evoked particular feelings when uttered irrespective of its prevalence and popularity.
Many ancient religions, which alluded to more the occult and esoteric aspects of approaching spiritual enlightenment as a primary activity of religion before the onslaught of priesthood sponsored ritualism, gave preference to sounds and addressed God, The Supreme Power, The Ubiquitous Phenomenon of Manifestation of Supreme Energy etc as word. The vibrations of sounds out of which vocabulary evolved took on its stride the appropriate meaning and settled as words.
In Vedas God is referred to as Nadha Brahman[ embodiment of sound-nadha=sound, Brahman=embodiment of creative energy or divine spirit] and worship of god is referred as Nadha Upasana[(Worship of Godthrough sound)
An interesting description of how Nada is caused in the human
body is furnished by Sarangadeva in  his ‘Sangita Ratnakara’ (13th
Century) and other writers. The Atma or
soul, desiring to speak or sing, stirs the mind; the mind strikes the
fire abiding in the body; the fire strikes the wind; the wind abiding
in Brahmagranthi, rising along the upward path, manifests sound in
the navel, the heart, the throat, the head and the mouth.
Highly abstruse descriptions of the source and the nature of sound
are found in Matanga’s Brihaddesi (5th - 6th Century), in Yoga
treatises and Tantra works. Sarangadeva, who synthesizes all these
doctrines in his Sangita Ratnakara, has elaborately discussed the
divine nature of the causal sound. He says that when the causal
sound manifests at the level of the heart, it is known as Mandra; at
the level of the throat as Madhya and at the base of the tongue as
Taara. The three levels are known as Brahma, Vishnu and
Mahesvara. Such descriptions have a deep meaning and spiritual
significance. The philosophical foundation of music rests upon the
solid rock of the realization of the immortal soul of music, namely
Nada.[ T. S. Parthasarathy is a musicologist and scholar.
He is a Secretary of the Music Academy, Madras.
- Tattvaloka : X( 3) Aug/Sep ’87,
pp. 11-14]

In the Bible too Saint John, who is credited as  forerunner or precursor of Jesus and of whom Jesus is said to be a disciple and who is supposed to have baptized Jesus declares , “In the beginning was the Word, and the Word was with God, and the Word was God.”[ Saint John1:1]

That‘s why ancient languages and systems like the old Sanskrit, Hebrew and Latin Mantras [a collection of specific acoustic structures imbued with esoteric and mystical significance where prescribed to be uttered repeatedly by humans for various benefits and the science of how sounds play a vital role in all life forms is a very vast subject well documented by many great scientists as well as philosophers. In fact in Sanskrit language each alphabet if and when properly pronounced is supposed to stimulate specific neurons in the brain. Guy Murchie writes extensively based on scientific documents and deep perception about the impact and importance of sounds in his works MUSIC OF THE SPHERES, SONG OF THE SKY and THE SEVEN MYSTERIES OF LIFE in which the final chapter is about the ‘Musical essence of the Universe. Simply shifting your vocabulary can shift your entire outlook.
About Sanskrit research has shown that the phonetics of this language has roots in various energy points of the body and reading, speaking or reciting Sanskrit stimulates these points and raises the energy levels, whereby resistance against illnesses, relaxation to mind and reduction of stress are achieved.

Sanskrit is the only language, which uses all the nerves of the tongue. By its pronunciation energy points in the body are activated that causes the blood circulation to improve. This, coupled with the enhanced brain functioning and higher energy levels, ensures better health. Blood Pressure, diabetes, cholesterol etc. are controlled. (Ref: American Hindu University after constant study)
Isn’t the word UNIVERSE itself is made of UNI=single VERSE= vibration of sounds  forming a verse. In Sanskrit it is Ekasya Kaavyam = the single verse
Bramadam which is usually referred to as the word for universe in Sanskrit actually refers to multiverse as Bramadam is not amenable to any measurements whereas universe can be conveyed in some measurements though not necessarily physically anyone had ever measured.

I remember vaguely one Indian women scientist came up with a detailed research in the late  80s , I read an article in the London Times about this, that she explained how through detection of sound waves of certain chemicals one could detect bombs and land mines from far away . Now you go to google search and type ‘detecting explosives through sound waves’ you will get at least 1,060.000 results all very useful and throws lot of light on the on this subject of sound science. 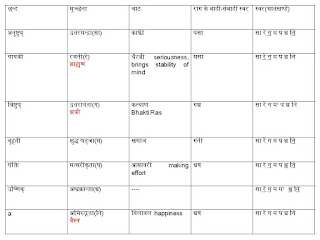 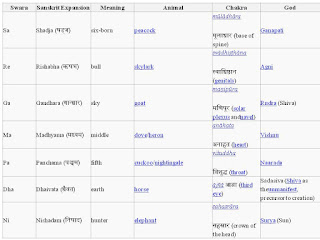 Also read the link below
From http://www.tentmaker.org/Dew/Dew8/D8-WordStudy-Universe.html

A couple of years ago, Carole Forde sent me an encouraging letter. In it was a little tidbit I would like to share with you, and perhaps add a little extra. She, like myself, likes to do word studies.
"I never fully realized my love of language until I came to know the Lord 20 years ago this November. I never saw the 'Word' in the fullness of the Christ-Light I do today. One tidbit from the Lord's table you might enjoy chewing over is one He shared with me several years ago. Scripture clearly teaches that "The Word is God" (John 1:1) and that 'absolutely NOTHING was made except by Him.' (John 1:3) Also that 'We are His Works, and were created in Christ Jesus' (Eph. 2:10) Who is 'The Word' that is God! And since all the known creation of God is encompassed in the word, UNIVERSE, it is more than interesting that the word UNIVERSE comes from two primitive roots: UNI, meaning 'one' and VERSA, meaning 'BODY OF WORDS'! Therefore, the Lord's entire creation is called: 'ONE BODY OF WORDS'! But with its Creator being named 'WORD,' this should not be surprising. P.S. 'Verse' also stems from another root, 'versus,' as in a court decision (i.e. Smith versus Smith) and means literally 'being turned toward'; thus making the word, UNIVERSE, also mean 'ONE BEING TURNED TOWARD."
When someone sends me something, before sharing it, I usually try to check it out myself to see if I come up with the same thing. I went to the Dictionary of Word Origins by John Ayto which said:

"Universe denotes etymologically 'turned into one,' hence 'whole, indivisible.' It goes back ultimately to Latin universus 'whole, entire,' a compound adjective formed from unus 'one' and versus, the past participle vertere 'turn.' Its neuter form, universum, was used as a noun meaning the 'whole world' (based on the model of Greek to holon 'the whole'), and this passed into English via Old French univers. The Latin derivative universalis gave English universal."
The early believers called themselves "Catholic." In the Apostle's Creed, we find the term "the holy Catholic Church."(the word for church would have been "ecclesia."). The word has taken a bad turn due to what Roman Catholicism has done in that name. There are other denominations besides the Roman Catholic church which uses the term "Catholic" to describe themselves. The Polish Catholic Church is an example.

The Word, of which all is created, said He would draw (drag in the Greek) all mankind (pantas in the Greek) unto Himself. All these words indicate that He will do just that "turn all toward being one." Many Christians believe as the Babylonians believed, that the universe would be divided into two, good and evil, each eternally separated. Eventually, Christians will be delivered from this double-minded, double vision, and see clearly that "Jesus is the image of the invisible God, the firstborn over all creation. For by Him all things were created that are in heaven and that are on earth, visible and invisible, whether thrones or dominions or principalities or powers. All things were created through Him and for Him. And He is before all things and in Him all things consist. And He is the head of the body, the church, who is the beginning, the firstborn from the dead, that in all things He may have the preeminence. For it pleased the Father that in Him all the fullness should dwell, and by Him to reconcile all things to Himself, by Him, whether things on earth or things in heaven, having made peace through the blood of His cross." (Col. 1:15-20) Eight times the word "all" appears in this passage--the number of a "new beginning," the number of Jesus Christ. Yet most of us in Christendom still have a hard time with "all." But one day we will all be one, whether we believe it or not, we cannot escape "The Word," the "Universe," Jesus Christ.
Posted by balayogi at 2:48 AM